Can you imagine if you didn’t know the numbers 1 – 30? Many situations (shopping, telling time) depend on them. The Spanish numbers 1 to 30 are a must-know in many situations when talking with Spanish-speakers whether you’re traveling abroad or are here in the US.

Knowing these numbers can help you shop in a store or market, tell the time, say the date, and say your age. Well, maybe not your age if your age is similar to mine. 😂 But kids can use these numbers to tell their ages, and if your kids are anything like my kids they will want to tell everyone their age. Or at least they did when they were younger. That was one of the first things they had to tell people.

And I don’t think it’s just them after watching them play with other kids at the playground. It fascinates me that kids can make instant friends. After my kids asked other kids, “What’s your name?” and “How old are you?” they were instant BFFs.

There are five printables in the pack to color and learn the numbers. These can also be great for continued practice if your kids already know the numbers. The first activity has different numbers of items with three choices of numbers in Spanish. Kids circle the correct number based on the items in the box. 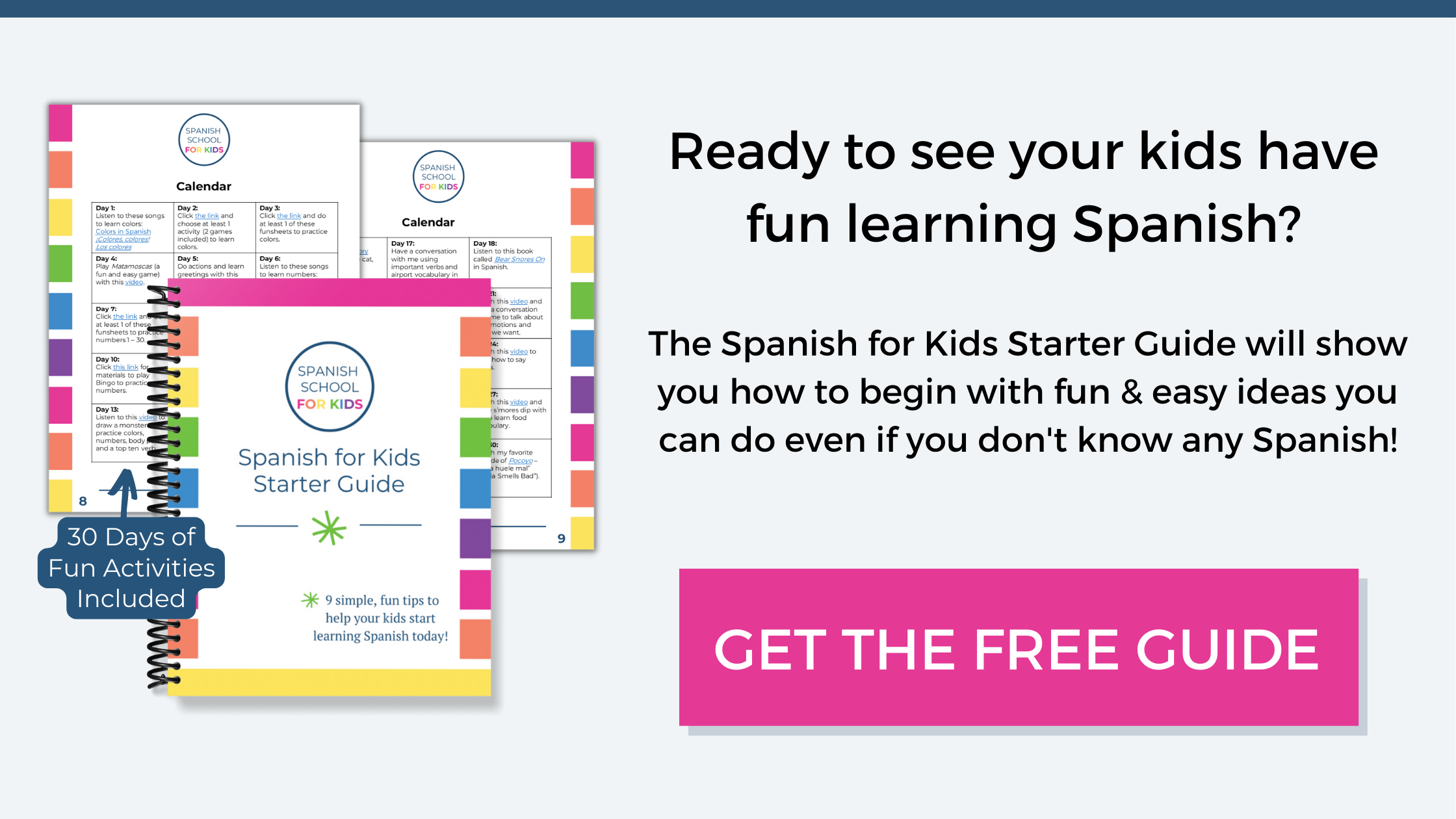 The second activity practices the Spanish numbers 11 – 15 which can be kind of tricky – especially 12 and 13. They look and sound very similar to 2 and 3, so I included 2 activities in this pack to practice them. This one is easy-peasy since kids just have to draw a line from the picture to the word that correctly describes how many items are in the picture.

This maze is my favorite activity out of this Spanish numbers 1 to 30 pack! Probably because of el cerdito (the piggy). 🐖 I think the maze is pretty fun, though, too. I tried to make it a little more challenging by putting numbers that sound similar like dos (2) and doce (12) after uno (1). I filled in the maze to give it color so it would look better in photos which makes this the answer key.

Kids circle or highlight all of the words for the number in the circle to practice the Spanish numbers 16 – 19. This picture is also an answer key because it was pretty boring without any color.

And the last printable has practice for the Spanish numbers 20 – 30. If your kids aren’t sure about pronunciation, make sure to have them listen to the recording that is with the vocabulary chart while they read the words.

Ideas for Different Ways to Use the Printables

If you’re a homeschooling family that does morning baskets, these would be a great addition. With Spring 🌷 break happening now and summer 😎 coming up, these would also be a great non-screen activity for kids to do in the car (if they don’t get car sick), on the plane, or waiting in the airport. 🚗🛫

Or if you want a moment of peace you want to give your kids something educational to do, give your kids these printables. Between coloring them and doing the activities, they’ll learn some Spanish and you should be able to enjoy a cup of coffee and finish a few chapters of that really good book you’re reading. Win-win! 🙌💯

As with all of my activities, I’ve included listening resources so you have the pronunciation for the words in one place if you’re learning with your kids. You can either scan the QR code on the vocabulary page or click the link for the video.

My friends at Professor Pepper have some more fun activities to keep practicing the numbers. I think these free printable Spanish numbers puzzles are adorable and so much fun! 🧩 I know Aidan enjoys doing puzzles, so I can’t wait to do these with him. If you and your kids like to play games and want to learn more numbers, check out my post to learn the numbers 1 to 100 in Spanish.

These Spanish numbers 1 to 30 printables are a great way for kids to start learning the numbers in Spanish or to keep practicing them. They’re vital to being able to have conversations with Spanish-speakers, and all you have to do is print and go!

Do you know anyone who wants their kids to learn the numbers 1 – 30 in Spanish? Please share with the buttons on the left!